Phenomenon-sensitive Processing in Bilinguals and Trilinguals

This study tests the trilingual population for phenomenon-sensitive processing of linguistically ambiguous sentences. The experiment continues research in mono- and bilinguals and compares the existing experimental data to the results of the trilingual groups. The subjects do a self-paced reading task administered through a software platform for processing studies Linger. The study manipulates relative clauses with ambiguities (RC) to measure their language-specific attachment resolution preferences against the effect of an external linguistic phenomenon that may reshape this default processing pattern (Grillo & Costa, 2014; Costa et al, 2015). To continue the experiment with bilinguals and monolinguals in English and Russian the current project examines the trilingual populations with L1-Russian / L2-German or French / L3-English. The preliminary data analyses show that, the same as bilinguals, trilinguals show language-specific type of RC attachment resolution, i.e. both native and non-native speakers of Russian prefer high attachment (HA) in Russian and both monolinguals and L2 and L3 speakers of English prefer low attachment (LA) in English. Neither L2 German or French influence the interpretation pattern that is prompted by the languages of testing. Meanwhile, all the subjects show sensitivity to an external linguistic phenomenon of the perception verb and strongly prefer HA when it is used in the matrix clause. Thus, like bilinguals, the trilingual speakers show phenomenon-sensitive type of sentence processing and readjust their processing strategies following inner linguistic prompts of the language in use. 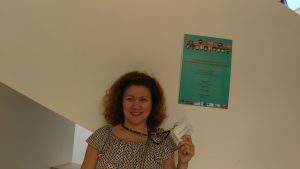