2. Bill saw (what event?) [the mother of the woman that was drinking coffee].

In the PR-reading, the perception verb triggers an event-oriented interpretation, where the subordinate clause modifies the matrix verb as its small clause (SC) object. Grillo & Costa (2014) argue that the availability of the PR-reading facilitates HA resolution in perception verb sentences. In addition, the PR-reading is easier for the parser than the restrictive RC reading.

The experimental study involves Russian (HA), English (LA), German (HA) and French (HA). The target population is L3 speakers of English. The subjects share the same L1-Russian but differ in their L2 – experimental Group 1: L1 -Rus/L2 -Ger/L3 -Eng; Group 2: L1 -Rus/L2 -Fr/L3 -Eng. In French, all three interpretations are possible for the same surface string (3), while in Russian, English and German, the PR-reading triggered by the semantics of the perception verb requires an overt change of structure as in (2).

Mary   heard    the mother of the woman who talked about cosmetics.

This study investigates the processing strategies applied by adult L3 speakers in English and compares the results to the existing data of adult unbalanced bilinguals in Russian and English. In a self-paced reading experiment (Linger), the respondents read a set of sentences and answered a comprehension question. The stimuli manipulated perception and non-perception matrix verbs as well as a pragmatically-based gender bias.

The findings show that the perception verb facilitates HA in all groups of subjects in all languages and its effect is significant. Still, Group 2 shows a stronger tendency to preserve L1- and L2-like HA in their L3 (LA-language) than Group 1. A group effect in the analysis indicates that multilingual speakers show overall language-specific RC-attachment preferences.

In sum, English remains a LA-language with all predicates; in Russian, the perception verb facilitates but does not exhaustively explains HA. When there is cross-linguistic variation between the target languages, adult bilinguals and trilinguals show target language-like interpretation patterns. 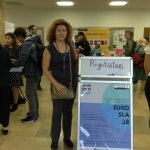 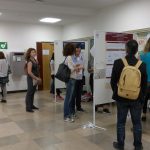 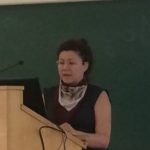